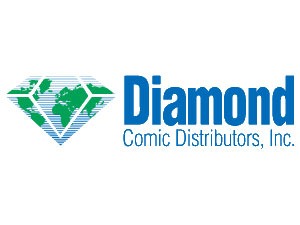 Batman hunts through Gotham City to locate Gotham Girl to help her after her encounter with the Psycho-Pirate in Tom King, Ivan Reis, and Joe Prado’s Batman #6 from DC Entertainment, the best-selling comic book of September 2016 according to information provided by Diamond Comic Distributors, the world’s largest distributor of comics, graphic novels, and pop culture merchandise.

DC Entertainment had eight titles in the top ten including Scott Snyder and John Romita, Jr.’s All-Star Batman #2 at #2; Batman #7, the first chapter of “Night of the Monster Men,” at #3; Justice League #4 at #5; Francis Manapul’s Trinity #1 at #7; Supergirl #1 at #8; Suicide Squad #2 at #9; and Justice League #5 at #10. Brian Michael Bendis and David Marquez’s Civil War II #5 was Marvel Comics’ best-selling book for September at #4. Image Comics’ The Walking Dead #158 from Robert Kirkman and Charlie Adlard was the publisher’s top book at #6. IDW Publishing’s Revolution #1, the first part of IDW Publishing’s Hasbro crossover, was their top book at #85. Rounding out the premier publishers, Dark Horse Comics’ Black Hammer #3 from Jeff Lemire and Dean Ormston was their top book at #158.

The long awaited “Rebirth” era of DC Comics commences late May with the “DC Universe: Rebirth” one-shot, written by Geoff Johns and illustrated by Gary Frank, Ivan Reis, Ethan Van Sciver and Phil Jimenez. In the “DC Comics Previews” magazine available at retailers on Wednesday, April 13th, Geoff Johns alludes to a few major events in the one-shot, which was previewed on DC Comics’ website.

Although a few details have been previously revealed, Johns makes it clear that readers should expect one death — a “mysterious” death, at that — as well as three characters reintroduced into the DC Universe, “with the promise of more.” It’s already been established that Ted Kord will return to the DCU as part of the upcoming “Blue Beetle” series, but whether or not he’s included as one of the three reintroductions cited is something we will be letting you know about as so as any further news breaks.

Just as noteworthy, the issue will also contain “a secret that dives into the very nature of why the DC Universe is the way it is.” That in mind, the comic will also “introduce the greatest threat” ever presented to the DC Universe, and considering the number of Crises the DCU has been through, promises to be a humdinger not to be missed!

As previously revealed at WonderCon, the “Rebirth” one-shot  See’s Batman set on a new path due to discovering the Joker’s implied real name in the pages of “Justice League” — said to be a “a revelation that will change everything he knows about his greatest villain.” A cliffhanger from “Aquaman” #25, another Johns-authored title, his last on the series, will also be touched upon.

The DC Previews magazine details the structure of the “Rebirth” one-shot: A first chapter on “loss,” followed by four chapters on “legacy,” “love” and “life” — “both the end and beginning of life,” states Johns.

“DC Universe: Rebirth” is scheduled for release on May 25.