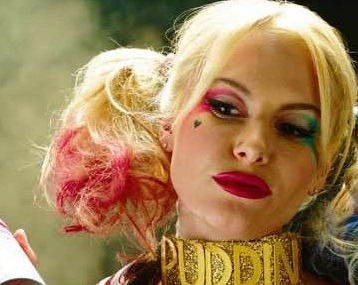 Posted on April 11, 2016
Hi follower’s,  new footage can be seen in the third trailer for Suicide Squad that dropped online late last night. In addition to the new footage, the lighter tone can be felt. They went back and did a re-shoot  recently to lighten the time a bit and make it more “fun”, if you will. Check it out.

A man dressed as a villain from ‪#‎comic‬ series ‪#‎CaptainAmerica‬

“A man dressed as a villain from ‪#‎comic‬ series ‪#‎CaptainAmerica‬ was mistakenly arrested in ‪#‎CanaryWharf‬ by armed police who thought he had a gun, according to reports.

Police were called to the financial district at 2.15pm on Saturday (November 7) after a passer-by reported seeing a person with a firearm.

Armed officers were scrambled to the scene and a 29-year-old man was arrested at West India Quay station shortly before 3pm on suspicion of possessing a firearm.

But the suspect was later found to have been wrongly held after officers established he was dressed as ‪#‎Marvel‬ comic character ‪#‎TheWinterSoldier‬and was therefore carrying a fake weapon.

A spokesman for the Canary Wharf group tweeted: “Reports of man with firearm at Canary Wharf are incorrect. Man was carrying non lethal Airsoft hobby equipment.”

You never know what you’ll see on the London Underground!
Can we come to the party too?

Anyone going as Venom this Halloween?